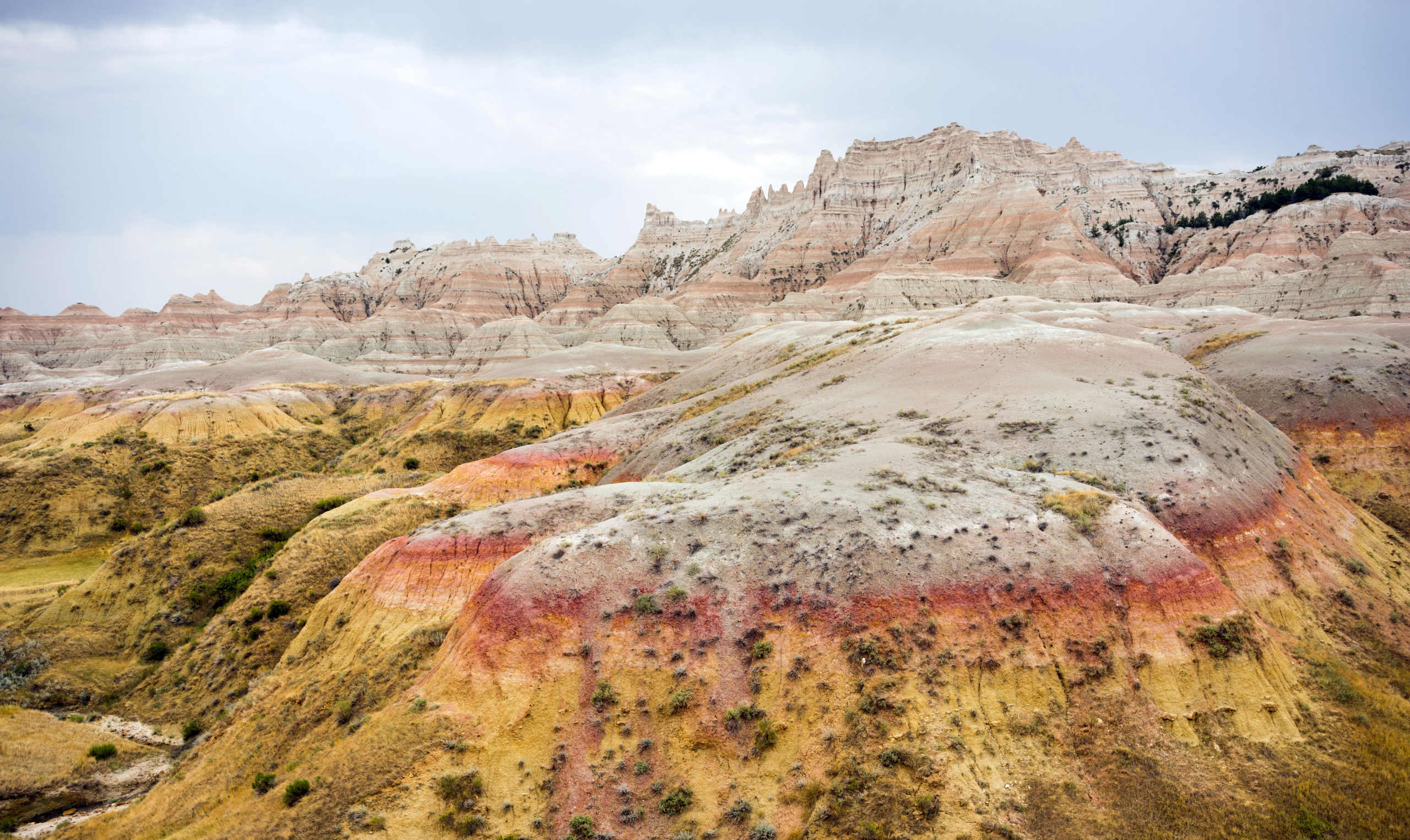 Welcome to the New Rural 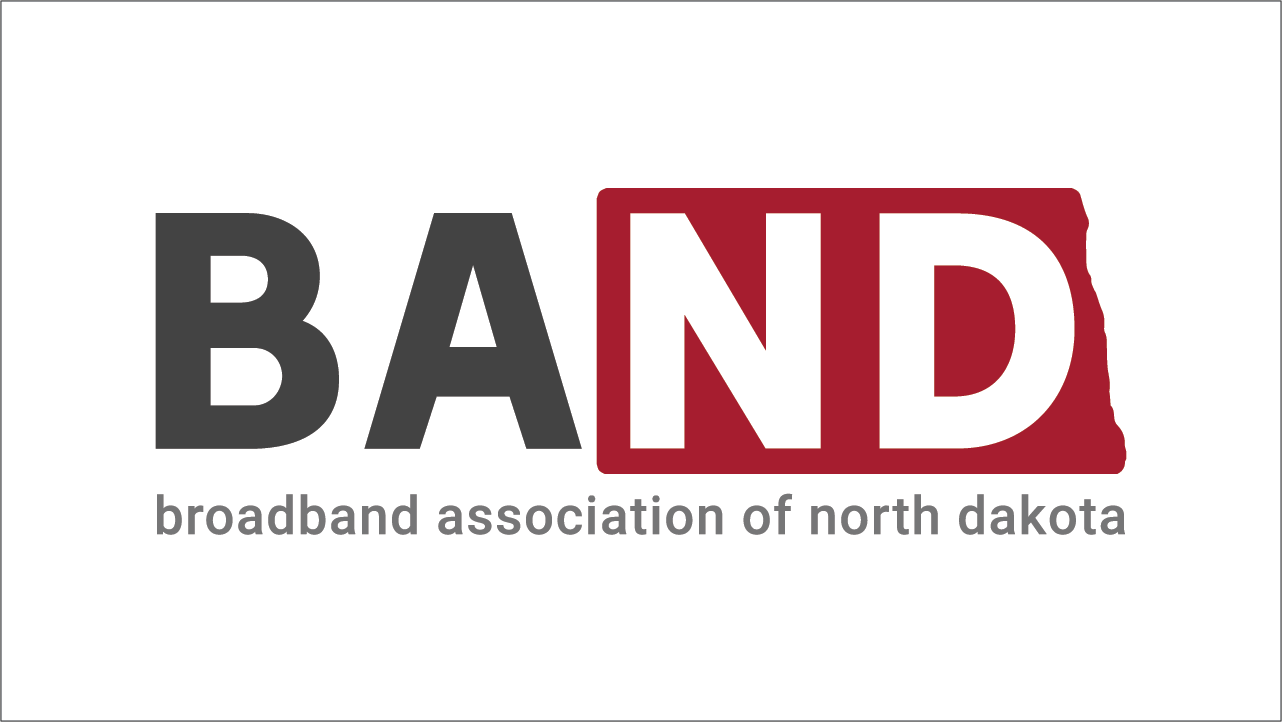 Welcome To The New Rural

What do you see when you picture rural North Dakota?

Perhaps a farmer stepping down from his tractor cab, gazing upon acres of outstretched wheat fields, or the silhouette of an oil rig emerging from the horizon.

But what about a long-haired rocker-turned-guitar instructor teaching millions of musicians from his home in Kindred? Or a woman working to save the small-town newspapers across the state?

While they may not come as quickly to mind when envisioning rural North Dakota, industries like music and media are rapidly becoming as integral to our state’s landscape as agriculture and energy.

They are the New Rural, and they are powered by broadband.

Steve Stine’s childhood home in Fargo was filled with music: his mother was an avid country fan, while his father gravitated toward rock. From a young age, Steve had an affinity for the great hair bands like KISS.

“That’s what I wanted to do when I got older,” Steve said. “So my parents on my 13th birthday wound up buying me my first guitar.”

By the time he graduated high school, Steve was teaching lessons to other aspiring musicians, mentoring as many as 100 students a week. He went on to study at Minnesota State University Moorhead and later taught at Red River Valley Academy, Elevate Rock School, and North Dakota State University, all while playing in a number of local and international rock bands.

Today, Steve is teaching a much larger audience. As the face of GuitarZoom, an instructional website for which he leads beginner-level to advanced guitar classes, Stine has amassed what can only be described as a cult following: almost a million subscribers across two YouTube channels. Steve has become one of the world’s most influential online music instructors and a mentor to some of music’s biggest stars, like pop sensation Shawn Mendes.

“My videos are getting viewed all over the world, all the time,” Steve said.

In 2015, Steve and his family moved 30 miles southwest of Fargo to Kindred, North Dakota. The 700-person town was a perfect fit and a welcome change for the Stines. They could enjoy a larger yard and more space to roam, build closer relationships with their neighbors, and enroll their two children in a smaller school system.

There was just one hitch: Steve was already teaching online lessons, and he needed to be able to do so from his new home in rural North Dakota.

“I do a lot of live-streaming webinars, guitar lessons, stuff like that, so it’s important that my video and my audio is not glitchy on the other side for whoever’s viewing it,” Steve said. “Having good broadband is absolutely imperative and it was a little bit worrisome for us moving to Kindred, whether or not we would have that capability.”

A Story to Tell

Jil Friesz didn’t always have a passion for journalism. She enrolled at the University of Mary in Bismarck intending to pursue a career in public relations; while there, she met a small-town farmer. The two married, and in 1996, moved onto a farm north of New Leipzig, North Dakota.

Jill’s employment options were limited. Luckily, her husband’s best friend’s mom just so happened to work as a typesetter for the paper in nearby Elgin.

“She quit her job so I could come and work here,” Jill said. “I started working here three or four days after we got married, worked here for eight years with the publishers and when they got ready to retire they said, ‘Do you want to buy the business?’ So that’s how it happened, and I took over the business 15 years ago.”

Today, Jill is the owner of GS Publishing, the publishing house that prints and distributes the Grant County News as well as the Carson Press, Adams County Record, and Hettinger County Herald. She’s on a mission to save small-town newspapers from going extinct: in the 15 years since Jill took over the Grant County News, more than one in five papers in the United States has shuttered.

“Nobody else in the entire world cares who is the Homecoming King and Queen. Nobody else cares if your basketball team made it to second place,” Jill said. “There’s a lot of big stories around here. There’s a lot of people who have a story to tell. Nobody else is telling that story. That’s my job to get that out there to the community.”

When Steve relocated from Fargo to Kindred with his family, he experienced frequent problems with his internet. Four hours worth of video content would take up to four days to upload. His connection would cut out altogether in the middle of a live stream, leaving hundreds of unsatisfied students behind.

“They actually put in a new fiber optic line for me,” Steve said. “They had to crawl up the telephone pole in the middle of winter and put in a new line and run it into our house. And ever since then we’ve had a really great relationship with everybody at MLGC.”

The impact was immediate. With his new high-speed internet connection, Steve has not experienced a single interruption to his live lessons. Large video files that once took days to upload now take mere hours, allowing Steve to produce more content, faster.

To Steve, MLGC’s willingness to go above and beyond to meet his connectivity needs—to install a fiber optic line in his yard in the dead of a North Dakota winter—was unheard of. But to President and General Manager Tyler Kilde, it was just one of countless examples of MLGC’s commitment to their customers.

“We want to make sure that the rural customers have the same type of access as metropolitan areas such as Minneapolis,” Tyler said. “This is a world economy, and the ability to have Steve reach tens of millions of people and reside in rural North Dakota, that’s huge.”

News That Matters, When it Matters

Over the past 15 years, Jill has witnessed a dramatic shift in the way newspapers operate. When she took over the Grant County News, her staff had to manually print, cut, and paste each individual article onto the makeup sheet—a delicate and time-consuming task. Then Jill would take the makeup sheet, make a negative of it, and drive all of the negatives to the printing plant. Creating a newspaper was a day-long process, not including the actual reporting, writing, and distribution.

But now, thanks to high-speed internet from local BAND member WRT, GS Publishing can create and distribute a paper in a fraction of the time.

“Broadband has completely changed the newspaper industry. I can lay everything out on the computer and all I have to do is click a button and it’s at my printer,” Jill said. “It has saved so much time for me…and it makes so many less mistakes in the newspaper”

The internet could be seen as the largest threat to print journalism, as more and more Americans are turning online for their news. But Jill isn’t running from the internet—she is using it to her advantage. To ensure that her neighbors have access to accurate reporting on the news that matters to them, Jill has increased GS Publishing’s online presence through social media and an electronic version of their papers.

“A couple of years ago, we had a very large equipment dealership fire in town. It happened to be the night of New Year’s Eve,” Jill said. “Through Facebook Live, I was able to get that out to our readers so people could watch that happen. I have used Facebook Live for basketball games, championships, things like that. Right now I’m using it for all of the breaking news that’s happening with the coronavirus. So it really has become essential for me to be able to do more day-to-day reporting than just the weekly reporting.“

In an era when access to timely, accurate news is more important than ever before, Jill is working day and night to keep her community informed. And with broadband from WRT, she is able to reach more readers, faster.

The 16 member organizations that form BAND are making it possible for diverse industries, from music to journalism, to thrive in our rural communities. But even as North Dakota’s identity as a state is shifting, our values remain the same.

“I’ve lived in a rural community my entire life,” said Troy Schilling, CEO and General Manager of WRT. “People here are friendly. People are trusting in ways, but they’re more than that. They’re helpful to others. We always live by the ‘lend a hand and be a good neighbor’ mentality. North Dakota has always been that way.”

Steve and Jill both moved to rural North Dakota from larger cities. Whether they moved for marriage or a better education for their children, it was these values—trust, kindness, and generosity—that made them stay. And with access to high-speed internet, they do not need to leave the rural communities they’ve grown to love in order to run their businesses.

“I’m able to do things that a lot of my friends that live in bigger cities can’t even do. They don’t have those speeds at their homes,” Steve said. “So for me it’s the perfect combination. I’m able to do what I do and send it out to the world yet maintain this relaxed environment of living in the rural community.”

“The sky’s the limit for us,” Jill said. “We can really do anything that anybody else can do, especially now that we’re connected to the world.”

Welcome to the New Rural. Contact your local BAND member to learn how upgrading your broadband can better your business:
www.broadbandnd.com/our-members/association-members/